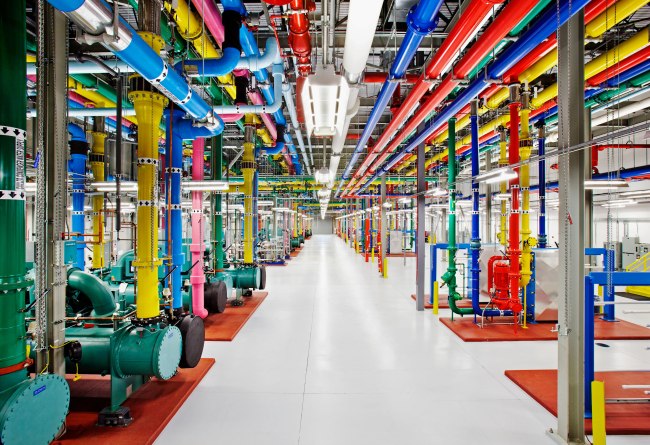 Geoffrey Moore  – “Without big data analytics, companies are blind and deaf, wandering out onto the Web like deer on a freeway”

It may seem like an obvious answer to many how Google make their money, but I was asked this question the other day so I would address it briefly. The problem this anonymous inquisitor was struggling with is how all of Google’s services are free and yet, with an estimated net worth of $350 Billion, they are the the 2nd richest company in the world (Apple being Numero Uno).

The short answer is advertising. Approximately, over 90% of Google’s revenue comes from advertising. Considering Google’s vast and intrusive online presence it’s not surprising that companies will pay enormous quantities to have adverts displayed alongside Google searches, YouTube, Gmail and on your Android phone to name a few.

But Google aren’t some glamorised multi-billion advertising agency, they are a data company. Their advertising is ingeniously targeted and their knowledge of the world’s population is becoming increasingly more in-depth (probably why they’re now widely recognised as the pioneers of Big Data).

Almost a third of world’s population have used a Google service at some point (to house this data you need some epic Data Center in the middle of nowhere in the USA which looks like an old Microsoft screensaver, see above). Google are cleverly integrating all their services (Gmail, Chrome, YouTube, Google+, Google Play etc.) to make your life easier, but with the aim to gather as much information about you as possible to sell onto companies that will then aim to sell you stuff!

Some people hate this, I’m all for it. I would rather buy stuff that’s targeted to me.

In sum, Google make money from your data.

Oh, and you can find me on Google+ here: http://www.google.com/+JoeBurridge

After moving to London in 2012 to pursue my dream of being an Technology Recruitment Consultant, life has been pretty sweet. View all posts by Joe Burridge

3 thoughts on “How Does Google Make Money When Their Services Are Free?”